What specific group of people affords you the greatest chance to influence their culture?

Picture that group. It could be a team you manage or a whole company. Maybe it’s a group of peers or your family. As you see the this group clearly in your mind, see the faces of them and think about the purpose of this group.

Now, imagine that you could, with the wave of a wand, design and create any culture you want within this this group. If you could create a way of relating, a way of working together that met your wildest dreams, what would that look like, sound like and feel like?

The first step is to acknowledge that your team or company already has a culture. Who are you together, when you are at your best? Even in the most dysfunctional company, you can find examples of humans being their better selves.

A common mistake many well-intentioned leadership teams make is to create a list of aspirational values or culture statements, that sound great on paper, but they are too vague; or too high level; or don’t jive with the essence of the current culture. This leads to a kind of “organ-rejection” of the proposed culture code due to lack of compatibility (not the right blood type?) with the current team.

The best culture codes I have seen occur as unique expressions of that company. And even though they may include many of the same values as other companies, they are expressed in a way that matches some of the best quirks and character traits of the people who already work there.

A well-designed and embedded culture code is like an invitation to bring your finest self to the forefront of your work. It describes the best parts of a culture that already exists while it is also a declaration of a possible future.

The process you choose for distinguishing your team or company’s culture code will be influenced by a few factors:

In the companies we studied, we noticed that most of the approaches to designing culture codes fell into two categories: Top down and Bottom up. Both have their advantages and disadvantages.

In the top-down approach, an inspired senior leader or (team of leaders) spends a day or two—often with the assistance of a skilled consultant—creating and aligning on a culture document which then gets cascaded down throughout the rest of the organization.

The efficiency of this approach is hard to argue with. This approach tends to work well when the company is small and the leadership team has earned a high degree of trust.   With a larger group, or one where there is a fair degree of skepticism present, the top down approach will not stick. The challenge is how to cultivate shared ownership across the organization?  How do you get everyone at the company to make a meaningful commitment to this newly created culture code?

This is one of the questions Robert Locascio -CEO of LivePerson was asking when he wanted to define his company’s culture.

Live-Person CEO Robert LoCascio noticed that, although his company continued to grow in revenue and employees, he wasn’t happy with the direction the culture was going. After flying out Las Vegas to study the company culture of Zappos, he decided it was time to talk values. “I realized how far we were from the high watermark of what a company could be. And I made a commitment to go for it—you have to make a commitment and go all the way with it,” he reflected.

So, he took the a step: He spent around $300,000 to fly his entire team—then around 300 members—to Israel for a three-day discussion about what the company should stand for.

“The first day was horrible—oh my god we almost had a mutiny,” recalls LoCascio. But despite resistance and skepticism from some employees at the beginning, over three days of break-out sessions and company-wide discussions, they were able to narrow from 40 values down to the final two most important values, that would guide the company moving forward: “Be an Owner” and “Help Others.”

These two core values were supported by 91% of those in attendance. “People still talk about that meeting,” said LoCascio.

The advantages of involving everyone are many: shared ownership, increased commitment, more engagement. For most, the payoff is worth the investment of time and money.

Best of Both Worlds

The team at Evolution (full disclosure: I am one of them), has developed a 3–6 month process that harnesses the best of both of these approaches. This process engages the whole company because we know that the more people who get to participate, the more shared ownership there will be at the end.

Carefully facilitated focus groups and direct observation help elicit the identity defining stories and themes that will later—after numerous rounds of clarification and word-smithing and gut checking—become a culture code that feels authentic, accurate and compelling.

In addition, extensive work with the executive leadership team ensures that the final culture code has the full commitment of every leader to walk the talk and lead by example.

The culmination of the process is a custom designed culture launch that is part product launch, part ritual celebration, part culture-builder basic training. These culture launches often become defining moments in the company’s history and lore that people refer back to.

Perhaps it is time for your team (or company) to create a unique, clear, quirky, and exciting culture code that everyone can embrace? Or maybe you already have one, but you are not that thrilled with it, and it’s time for a refresh.

When a Culture Code is used in a clear, compelling way and is embraced and practiced by a critical mass of people in a group, it has the potential to positively transform your team, company or community and everyone in it. 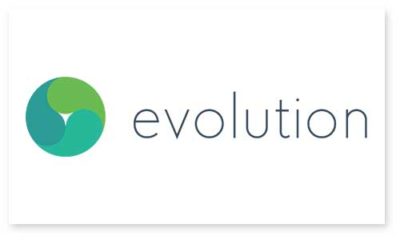